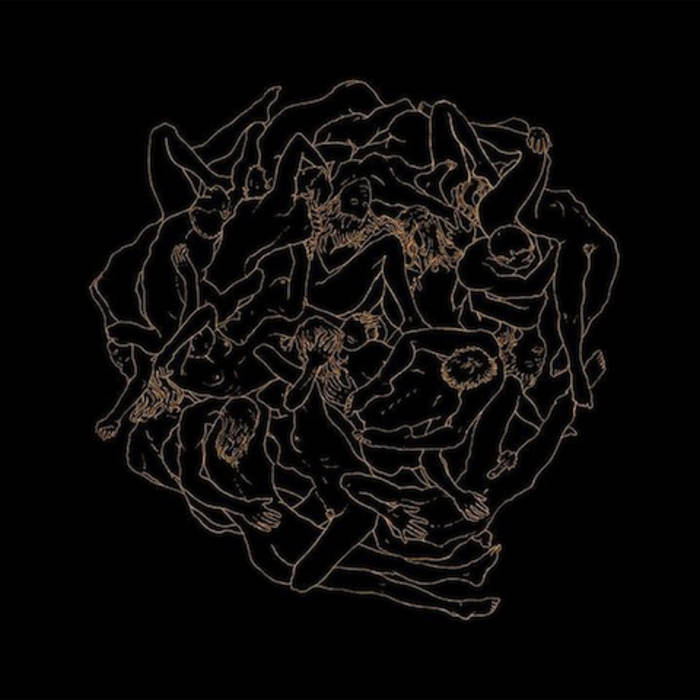 warren barton Arabrot are so weird which makes them so good it's totally cool to just ROCK OUT to this. A fantastic release from one weird amazing band. Move over everyone else cos here is ARABROT! Favorite track: Throwing Rocks At The Devil.

Lots-O-HugginBear These days you won't get a consistent Melvins record. Check out ARABROT instead.

The Norwegian Grammy winning noise-metal-punks in Arabrot are ready to present their sixth album. The self-titled release is scheduled for a world wide release through Fysisk Format the 19th of August.

The album follows the bands greatest success, Solar Anus from 2011. This release had a power which surprised many of Arabrots fans - suddenly biblio-pornographic lyrics had become popular culture, as had Steve Albinis sparse production techinque. Solar Anus featured on many best-of-the-year-lists, and it received widespread good reviews:
"As unsettling as a thunderstorm approaching a medieval battle" 8/10 NME

While writing the new album, singer and guitarist Kjetil Nernes inhabited an old abandoned church just across the border in Sweden, in a pastoral countryside where time has stood still for generations. His view of Oslo had started to mirror that of Knut Hamsun: "Oslo's a weird place. Always an omnipresent notion of some unresolved deed cramping one's shoulders, bolts of nervousness creeping down the spine, Ray Bans in the Easter morning sun belly full of coffee, shivering cold nights under the full moon dizzy from litres of red-wine ending another tedious twelve hour recording session. Shaky hands and a sweaty back"

The album features a widened family of Arabrot-collaborators, most notably Emil Nikolaisen (Serena Maneesh/4AD) who in addition to recording and mixing the album, also plays bass and does backup vocals. Nernes recalls: "Emil spending hours and hours crawling and creeping under the skin of the sonic texture. Each and every note turned and twisted, each and every riff wound and yanked. Digging deeper and deeper into the dark surge. Indulging, revelling till his head is spinning, his eyes wet and dreary. Exulting in Tourette's-like howls and shrieks, puffing a small cigar, conjuring up a pure magical momentum. It might be the clammy sensation of Oslo's Youngstorget area which really brings out that extra spark, the crazed passion, the enigmatic touch of danger. The heartbeat which is Arabrot."

The recording session itself was almost a contradiction to the rabid mixing process - set prices and clear working conditions for professional musicians. Basic riffs, percussion and vocals were laid before Norwegian experimental music stalwarts Lasse Marhaug and Erland Dahlen added their musical substance to the mix. A sudden visit by by Laura Pleasants of Kylesa resulted in guest vocals on Arrabal's dream.

While the lyrics on the 2010 release "REVENGE" were a revenge fantasy dedicated to a certain someone, and "Solar Anus" and "Mæsscr" told stories of the human beast, this album revolves around breaking away from city life and the feeling of social asphyxiation invoked by them. Nernes has revealed that much of the inspiration for the lyrics has been found in early 20th century surrealists like Georges Bataille and Robert Desnos, mixed with a fascination for the mythologies of ancient greece and the Old Testament.